A couple of weeks ago I was lucky enough to go to Christchurch for a whole week of work.  It’s still a major work in progress and at times a sad and depressing place to walk around, especially as it got cold and dark very quickly after work making it hard to take photos.

There were a couple of things I really hoped to photograph and I’m glad the rain held off just long enough to allow me to do that.  Firstly I wanted to see the “Cardboard Cathedral.  Didn’t look much like it was made out of cardboard to me, so I’m not sure why they’ve called it that, but it did look warm and inviting. 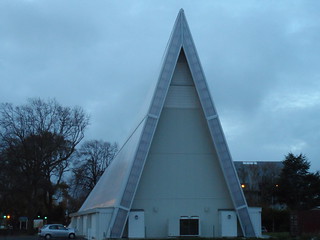 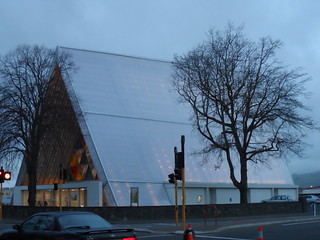 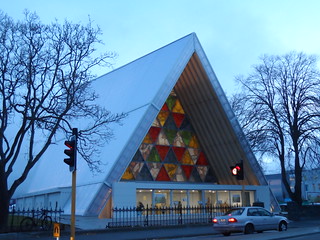 The other thing I really wanted to see was the 185 Chairs Memorial, which i just don’t have the words to describe how I felt after seeing it. 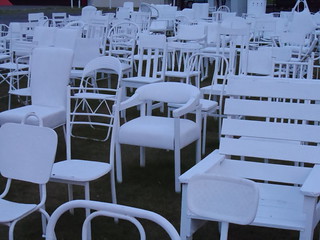 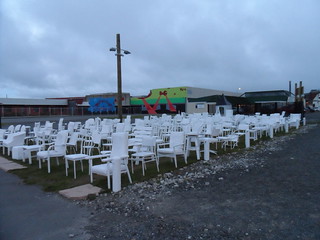 The original Cathedral sadly is still a powerful reminder of the terrible devastation the beautiful city went through. 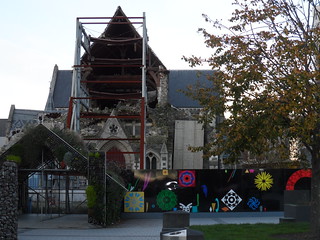 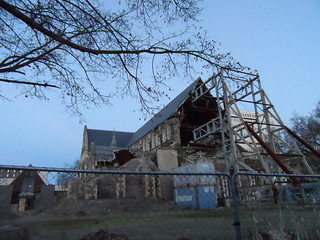 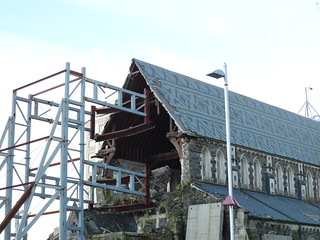 Everywhere you look there are plenty of reminders of the earthquake and I was really suprised how much work still has to be done. 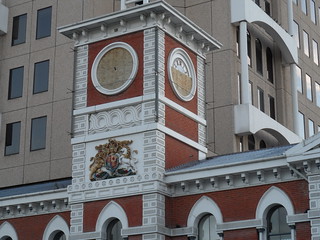 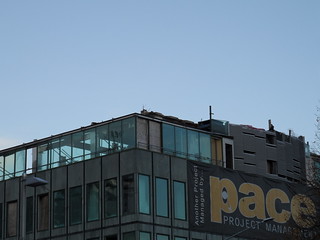 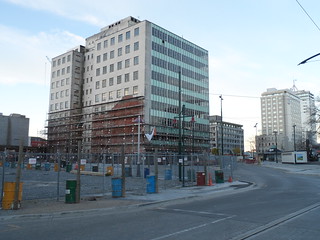 There were several happy highlights though and apart from having dinner with a friend who used to work with me in Auckland plus having a fun week of work with the Christchurch staff I also turned a corner and found Libby & Ben’s shop. I had no idea they had set up a shop in Christchurch. I don’t know them, but they were my fave contestants in the 2012 Block NZ TV show. 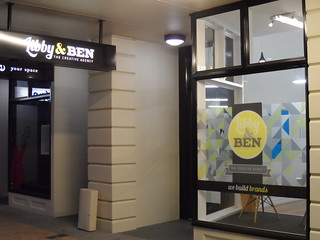